To be an amazing person, you have to be tenacious, intelligent, independent and unwavering. All of these qualities and more exist in one of the most extraordinary women I know, Mrs. Diana Wright. But that’s not all that makes her astonishing. Diana was raised in poverty, has suffered through domestic abuse twice, and has battled cancer. Today, she’s the owner of a successful Travelling Nursing Agency, is my sister’s manager in TRS Healthcare, has an abundant family, and is as healthy as ever. Extraordinary people like Diana don’t just appear out of thin air. The truly amazing ones have been abused, beaten down, and had everything and everyone against them, yet they are the ones who strive harder because of their difficulties. 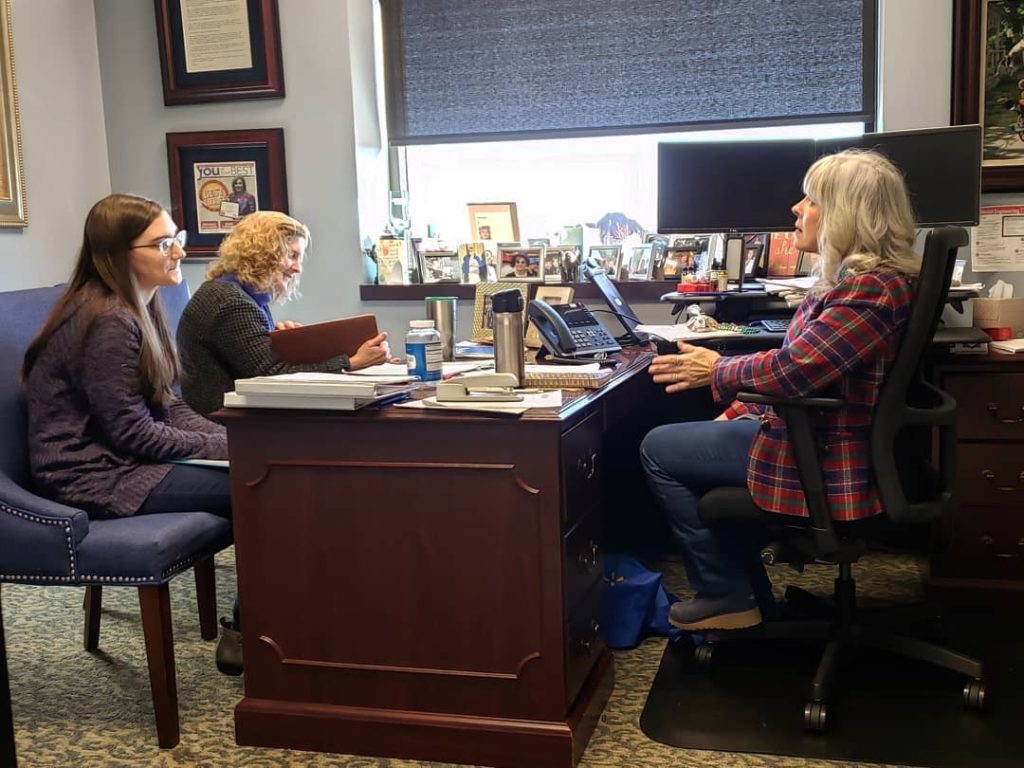 Interviewing such an amazing person like Diana isn’t dull or brief. She doesn’t keep things uncovered or dodge certain questions. Diana takes up the challenge of answering every single one of them, and explaining even more than what you need. When she first met me in her office at TRS (The Right Solutions), anyone could tell she was the boss. Her wavy grey hair contrasted with her red sweater and wool flannel blazer to match. It had seemed she just came back from a meeting in the room next door. When I asked her to tell me a little bit about herself, she responds, “ah… Where do I start?” Motioning to the wall on my right, there’s a picture of her large family. Diana explains that she’s married with 4 girls and 17 grandchildren, had babysat some of them earlier, three whom were sick. Following that, not only does Diana own TRS, she also mentions that she is a Naturopathic doctor, does films, and is currently in her “book writing phase.” Studying all of her personal achievements and accolades covering the entire wall behind her, I ask her what accomplishment she’s proudest of. Diana answers, “Raising all those girls, and getting a college education for all four of them.” 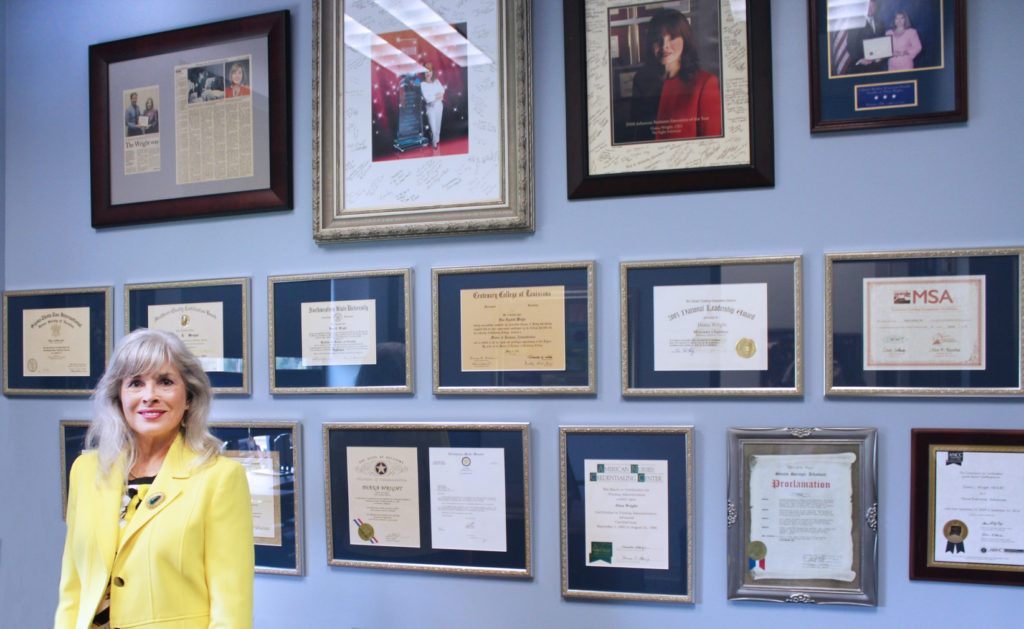 Something important to know about Diana, is that she always has a plan in mind. Her favorite quote is one written by Henry Ford. In her words, the quote goes like this; “If you think you can, you can, and if you think you can’t, you can’t.” Ever since she was six years old, Diana would start making plans. First, she would write down tasks to do. Next, she’d do all of the steps to complete each task, and finally, her plan would always work out. Although her office would say otherwise, she is organized in this way. Keeping everything out and in front of her means she knows where everything is, her folders are never hidden in a desk drawer and her important emails are always printed out and stacked on her desk. 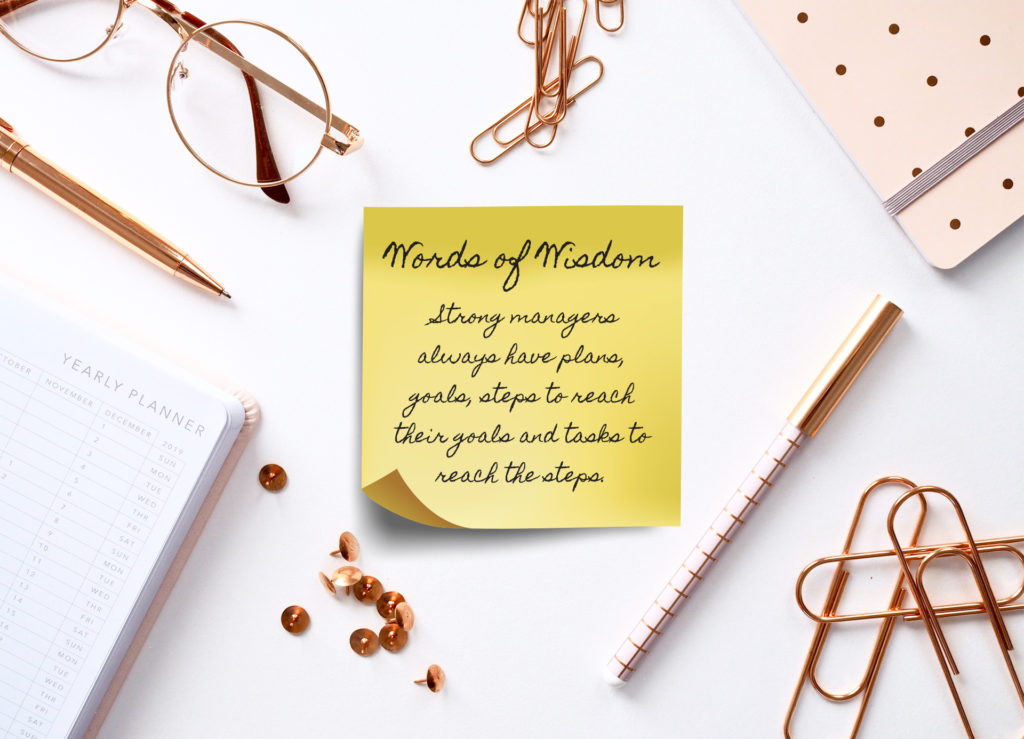 Though you could never tell from looking at her now, Diana grew up with the worst role model in her life: her mom. Her mother was undisciplined, self-indulgent, foul-mouthed, and abusive towards her children and everyone she was around. “What really changed my life was just having the mom I had… who smoked cigarettes, who was obese, who didn’t work, who was uneducated… I never knew what she was saying because she would be running one curse word into another… and she was psychotic and would have episodes…” The scarce money they had would be wasted on her precious novels, cigars, and a hoard of hideous brown material. Consequently, the power would go out in her mother’s home for months, and there was barely enough to eat for her children. Diana’s father left for another family when she was little, and her mother never worked a day in her life. She had the best example for whom she never wanted to be. So, with no electricity in the house, Diana had a lot of time to think out plans for her life, and read books during the day. “So,” Diana describes, “I’ve never smoked cigarettes, I’ve never been obese, I’ve never cursed like that, I don’t scream at or abuse people, and I try not to be inarticulate.” She continues, “I just decided I wasn’t going to live my life like I had as a child.” Diana makes the point, “you’re not responsible for your life as a child, because you were forced into your circumstances, but as an adult you get to choose.” 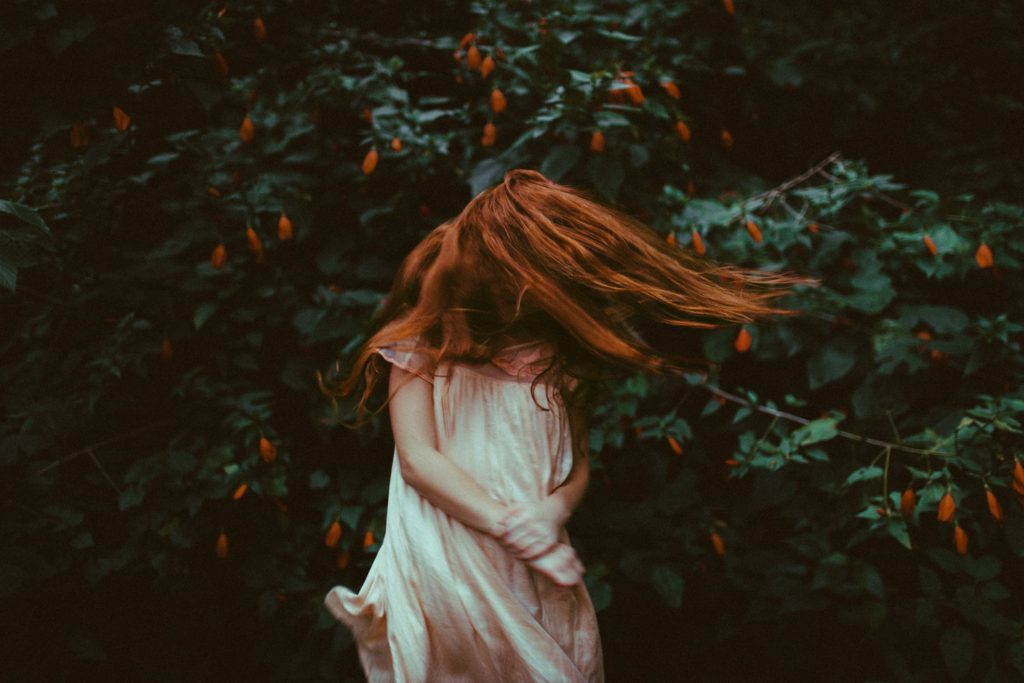 Immediately after moving out of her house around the age of 17, her standard of living skyrocketed. Diana lived the complete opposite way she had growing up. She began going to college in Louisiana for a pharmacy degree, and getting a job on campus. However, one mistake she had made, was marrying her first husband, after realizing she was pregnant. Diana declares, “If I had to do it over again, I wouldn’t have married him.” Just like her mother, her first husband was domestically abusive, and irresponsible. Diana writes in her book, “Every time I came home, I had a stomach ache and anticipation of the abuse”. Even though she didn’t want to be like her mother, she married someone identical to her, because, she states, “he was what I knew at the time.” One incident of his recklessness happened when Diana was 6 months pregnant. She had discovered her husband and another young man bagging marijuana in their home, and threatened to call police if they didn’t get rid of it. Eventually, his mistreatment and carelessness became so severe that she finally got a divorce and moved out.

Diana aims to live her life without regrets, but one still lingers in her mind to this day. “When I was around 21 or 22, my aunt was dying of cancer… I went to my aunt who I loved very much, and I cried and begged her to take chemotherapy.” After a year, her aunt still died and she regretted what she had said, dearly. “After I did that… I said I’m not going to live my life with regrets ever again.” Because of this, Diana rethinks every decision, refusing to make any if they lead to a regretful outcome, and she hasn’t had a regret to this day. Never had she internalized anything terrible that happened to her, because she never took responsibility for her mother’s or her ex-husband’s actions. Nor was she ever depressed or paranoid. She never carelessly spent her money like her mother, and wasn’t ever self-indulgent. Diana has always been “chronically satisfied” and in charge of her life. Growing up in the atmosphere she did, you’d never think she’d be an owner of a multi-million-dollar business, let alone stable.

After moving to Arkansas for a job opportunity, Diana noticed the need for nurses in various cities, as well as the low minimum wage, which did not seem fair to her. So, wanting to create a better community for nurses, Diana decided to start her own business after researching into travelling nursing. According to her documentary, her daughter would answer calls for work shifts in the area, and sometimes Diana would send herself out. Eventually, after her company grew into what is known as TRS, the contracts were changed. Presently, every nurse she sends out works 3 shifts per week for 13 weeks with mileage and other expenses paid. Before, not everyone agreed with the cultural change of nursing, but later on almost every nurse in the area had signed up for her offer, which was twice the minimum wage of $11 at the time. Subsequently, this advancement of the nursing community caused the wage to rise in the region. Even with her wealthy success, Diana says, “relationships are more important to me.” In her perspective, “money is just how you keep score.”

“Ever since I was 2 years old,” she told me, “I always wanted to be the doctor, and never the nurse.” Graduating from the four-year nursing program after having college experience prior, Diana was put in charge of everything. “Being in charge was my natural position.” Later on, through a friend, Diana met the love of her life, David. They are still married after 40 years, and have three more girls together.

By 2012, 55-year-old Diana Wright finally felt accomplished, with her kids going to college and getting married, she believed she was almost there. In a turn of events, during the very same year, she was suddenly diagnosed with stage IV ovarian cancer. I asked her about how she felt when she first discovered she had cancer. With no hesitation, she replied, “Devastated, just really devastated…I had worked really, really, really hard, and had gotten to the point where I felt like I was just getting successful.” She pulls out a photo within her reach, which is printed onto a thank you card, showing me what she looked like when she first found out she had cancer. The photo revealed her once reddish-brown hair and healthy-looking face, making it hard to identify her with the woman sitting across from me. The picture was only around 6 to 7 years old. She explains to me, “when you have cancer, you have many wounds.”

Back to the night when she was diagnosed, Diana thought, “You know what, I can continue to believe in the chemical medicine of man and die… or start believing in the natural medicine of God and live…” Diana had spent her entire life relying only on allopathy, the “type of treatment intended to produce effects opposite to the symptoms being treated.” Whereas, “naturopathic medicine is an alternative medicine that focuses on the body’s inherent healing powers… and works to restore and maintain overall health.” Unsure about naturopathy, Diana decided to retrain herself. “So, the first thing I did was bought 40 books and I read them all…and then I became the expert, nobody was my expert.” 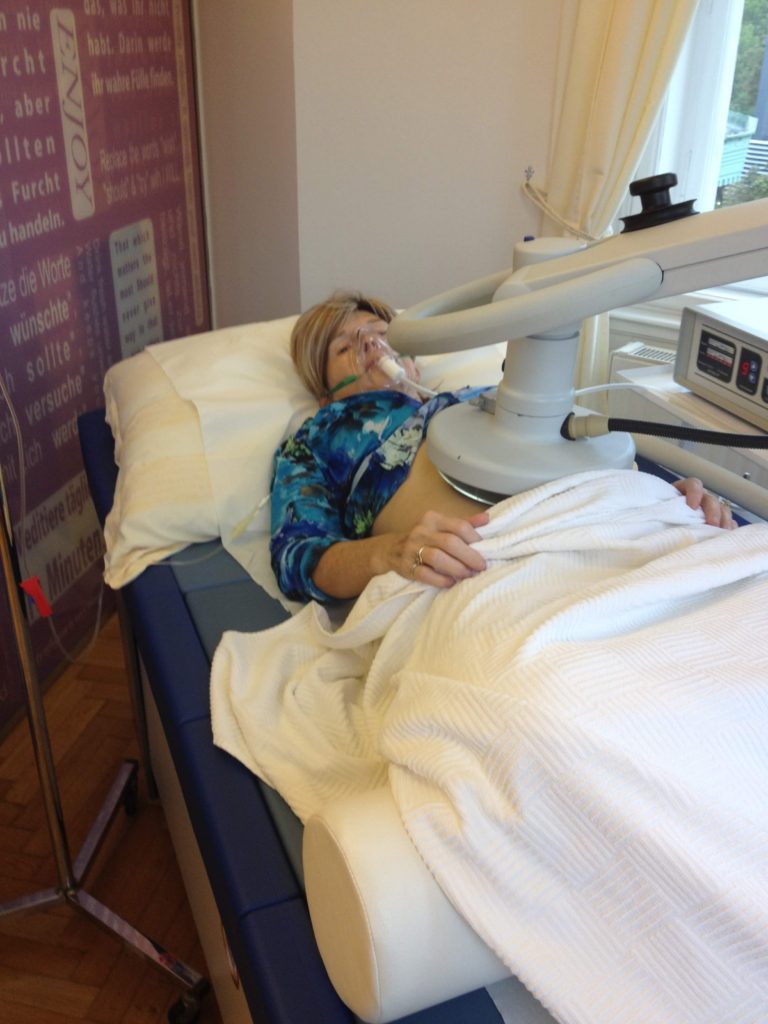 Surprisingly enough, Diana did all the types of treatment you could think of for cancer. Chemo, radiation, surgery, hyperthermia, balanced nutrition, vitamins, everything. Her opinion on various treatments as a Naturopathic doctor? Diana answers, “You know what, you’re going to really think this is weird, but I think you ought to do whatever you need to get rid of cancer. The first thing you need to do is you need to live -whatever that means, whatever that’s going to take.” “Number one,” she says, “The person has to get their mind in the right place.” Diana tells me, “I’ve seen a lot of people get divorced in the middle of a cancer treatment… a massive emotional insult like that will not allow you to get well.” Diana and her husband had fought about which choice she should make. Although, a few words from her enabled him to never leave her side since. With attitude, Diana had said, “like you care?” “You get the house, you get the bank account, you get a new wife… you get to enjoy your life and go on with it.” 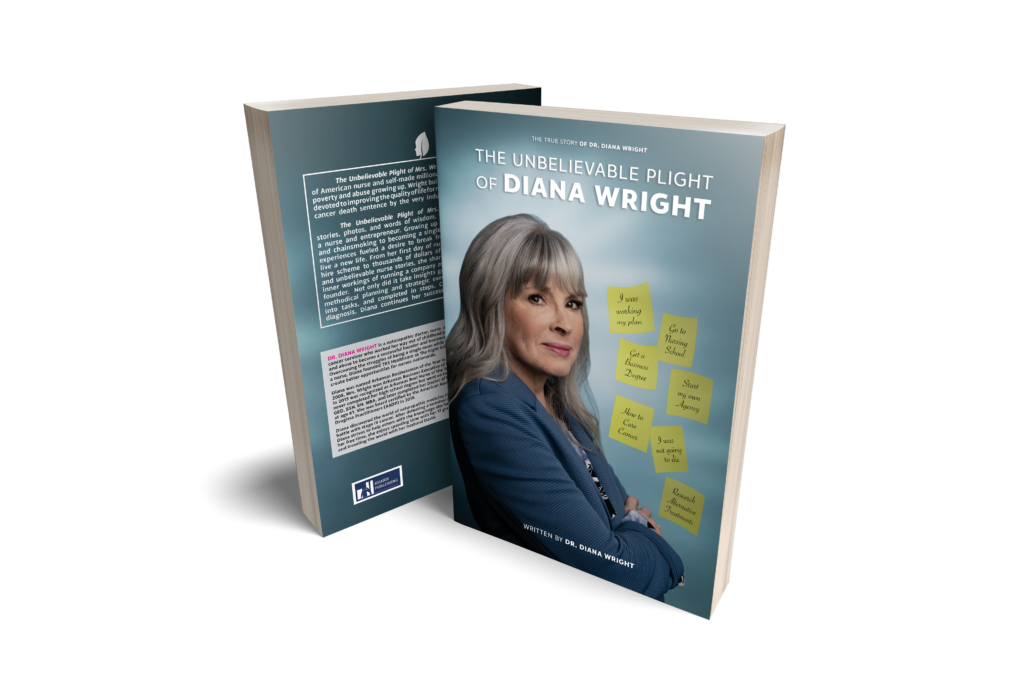 Whether it was the special treatments or Diana’s lifestyle change or a mix of everything, her stage IV cancer disappeared. The 8-month death sentence negated, and Diana recovered. She is thankful for her friend and employee Jan, who booked her a treatment in Austria, which she believes saved her life. Currently, Diana is writing several books, her documentary is selected in several film festivals, she’s developing a new software for her website, and plans to build a new clinic. She has proved to be an extraordinary nurse, entrepreneur, fighter, and survivor. Amazingly, Diana suffered through the toughest of times with seemingly everything against her, but she pushed through and still plans towards a successful future. 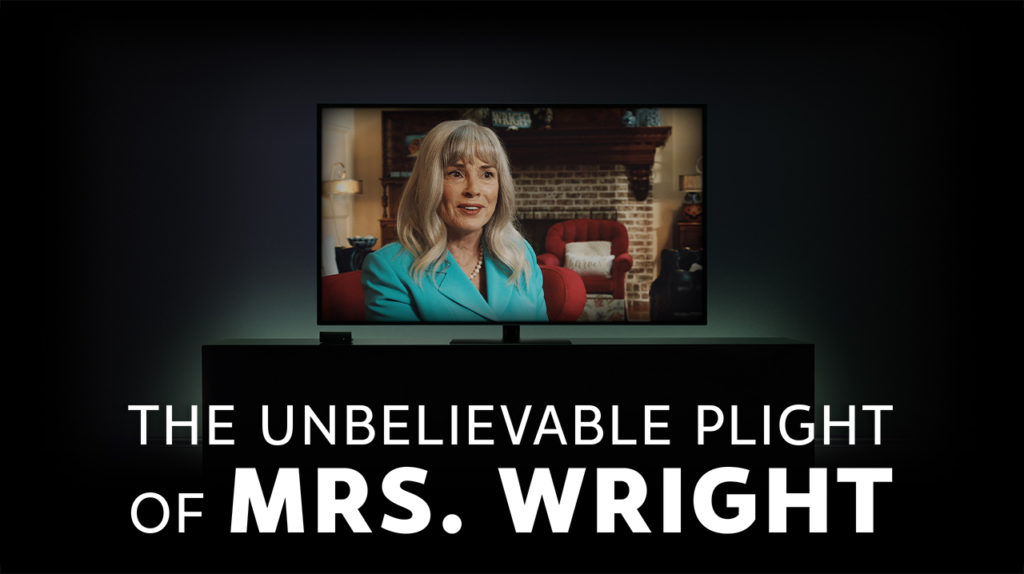